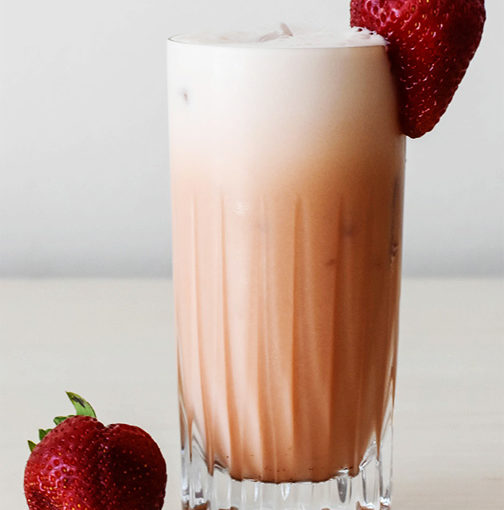 The use of eggs—either whole or parts thereof (such as egg white)—have been part of cocktails for nearly four centuries, if you go back to the days of adding an egg to ale and then sticking a hot poker into the mug (i.e., a flip). Some of the most iconic cocktails traditionally use egg whites—think Whiskey Sours—but add to this list other cocktail structures such as fizzes and nogs, and there is a whole lot of shell cracking going on.

Eggs in cocktails are good, and good for you, and for some, no doubt, part of a nutritious meal.  Mixing in alcohol may also have been a helpful way of protecting against bacteria (salmonella, anyone?), although today’s pasteurized egg products remove any such fears from the consumption of raw egg products, and, too, these products are easier to use behind the bar.

In addition to making something of a meal of your drink, the use of eggs has a real and quite delicious role to play in cocktails. Rough liquor can be made smoother, as the egg yolk, egg white, or whole egg adds a creamy mouthfeel, and the overall sensation of an egg-based cocktail is one of richness—consider the nog!—and smoothness.  The structures of cocktails that use egg are broad in style, from the smoother sours and fizzes, to the meal-in-a-glass flips and nogs.

By the way, eggs in cocktails require extra effort, in that the egg will emulsify with the other ingredients.

Well, here’s a definition of “emulsify” from Thrillist [https://www.thrillist.com/glossary/emulsify], an online magazine that has some great articles about cocktails, among many other subjects:

(v.) To incorporate egg whites into a drink, usually by shaking in a cocktail shaker. Agitating the whites causes their proteins to unfold and mixes in air bubbles, creating a nice foam for a cocktail. The whites are typically shaken first with liquid ingredients and no ice in a dry shake, to help them emulsify.

What is dry shaking? In olden times, the cocktail ingredients would be shaken first without ice (i.e., dry), mainly because the ice cools everything (go ahead, argue that point!), which retards emulsification. Emulsification would be done by a) shaking long and hard, and b) adding an agitator such as the spring coil detached from a Hawthorne strainer and then shaking long and hard.  The Ramos Gin Fizz became famous in part because of the originator’s gimmick of passing the dry shaker around the room so that every server and busboy there would take a turn, sometimes as large a number as fifteen different shakers, according to some accounts.

Enter modern times and the invention of electricity and kitchen wands, and dry shaking to emulsify eggs in cocktails becomes easy-peasy: add ingredients except the ice, and use the wand until the mix emulsifies, which takes mere moments and needs allow no greater than one person to be involved.

I’ve been told, but as yet have not tried, that the liquid drained from canned chickpeas contains very similar protein structure to egg white and emulsifies in the same way to the same effect.  Vegans, therefore, can get into the act, too.

A sour is a traditional structure for cocktails, and one of the oldest structures, described in Jerry Thomas’ 1862 book How to Mix Drinks. Sours contain a base liquor, lemon or lime juice, and a sweetener (triple sec, simple syrup, grenadine, or pineapple juice are common), and egg whites are also included in some sours. Common examples of sours are the Whiskey Sour, White Lady, Daquiri, Kamikaze/Cosmos, Margarita, Sidecar, Amaretto Sour, Brandy Sour or Brandy Daisy, Caipirinha, Pisco Sour, and Midori Sour. Neither traditionally or presently do some of these sours typically use egg whites, but about half named here can and do, when the customer so orders or the bartender so demands.

The Tartan Sour is a name for a whiskey sour variant, of which there are many.  This particular cocktail was described to me when a friend (Thanks, Professor!) and I were discussing Johnny Walker Red, with my declaiming how inferior a product I thought it, and my friend recounting that a pal of his had insisted that Johnny Walker Red made for a terrific-tasting whiskey sour, but only if the older style of using egg white was followed.

I, of course, doubted this.

I, of course, proved myself wrong when I made this recipe and, by golly, my friend’s pal was right.  A use for Johnny Walker Red!  Yay!

By the way, I’m disinclined to use a Scotch in a cocktail and, indeed, find few Scotch cocktails to be of my liking.  Mr. Johnny Walker Red has helped me re-consider this prejudice, and a subsequent Symposium will focus on those other fantastic cocktails that incorporate Scotch, although these still remain small in number.

Add ingredients, dry shake, add ice, shake, and strain into chilled cocktail glass (or on the rocks), and garnish with stick cherry or drop cherry. Use the bitters on top of the foam, be  creative, make designs!

Egg nog or egg-nog, historically also known (when alcoholic beverages are added) as milk punch or egg milk punch, is a rich, chilled, sweetened, dairy-based beverage. It is traditionally made with milk, cream, sugar, whipped egg whites, and egg yolks (which gives it a frothy texture, and its name).  Various types of whiskey, rum, and brandy are to be found in egg-nog recipes, although, no doubt, your grandmother’s recipe is the best one in the world, yes?

Add all the ingredients to a shaker except ice, dry shake, add ice, shake, and strain into punch cups (the measurements here are for two servings). Grate cinnamon on top and garnish with an orange twist/peel.

I used half-and-half instead of heavy cream and I found the cocktail disappointingly thin (duh), although a number of participants found the lightness appealing, and one or two stating that this style nog could be a more regular choice, even beyond the holidays.

Flips consist of any fortified wine or liquor shaken with a whole egg and sweetened with sugar. They are typically garnished with a dusting of nutmeg and served in a cocktail or coupe glass. Flips can be served hot or cold. The first flips emerged in the late 1600s and consisted of a tankard of ale to which a mixture of sugar, eggs, and spices were added before heating up with a red-hot poker from the fire. That had to be one lazy pilgrim who simply didn’t want to bother putting on the kettle.

According to Wikipedia, “The first bar guide to feature a flip (and to add eggs to the list of ingredients) was Jerry Thomas’s 1862 How to Mix Drinks [also called, quite wonderfully, The Bon-Vivant’s Companion]. In this work, Thomas declares that, ‘The essential in flips of all sorts is to produce the smoothness by repeated pouring back and forward between two vessels and beating up the eggs well in the first instance the sweetening and spices according to taste.’”

Wikipedia also reports: “With time, the distinction between egg nog (a spirit, egg, cream, sugar, and spice) and a flip (a spirit, egg, sugar, spice, but no cream) was gradually codified in America’s bar guides. In recent decades, bar guides have begun to indicate the presence of cream in a flip as optional.”

Flips may be old-style cocktails, but there’s a lot of new interest and new recipes out today.  From online magazine, VinePair, a story on flips by Natalie Migliarini, who came up with a contemporary flip cocktail [https://vinepair.com/cocktail-recipe/strawberry-mezcal-flip-recipe/] that she discussed, as follows:

The Story Behind the Strawberry Mezcal Flip

This week, I wanted to create a cocktail with some real body to it. I love to combine earthy spirits with strawberries and tequila. The earthy, smoky notes from espadin [most commonly used agave in mezcal] mezcal are the perfect accompaniment to the slightly acidic but very sweet strawberries. To balance the cocktail, we needed a little citrus. Although nothing says Mexico like a little lime, we opted instead for grapefruit to give it that little extra flavor kick. Then we had to find something unique to make this cocktail really distinctive. Amaro is our new go-to for cocktails that are missing that little extra oomph. It’s such a versatile liqueur and can add so much to an otherwise ordinary cocktail.

It’s taken some time to educate friends and family on egg white cocktails. Naturally, I now have to step it up and show them that the yolk can also be utilized in cocktails, so I decided to make this cocktail a flip. Adding in the whole egg takes it to the next level, with an extremely smooth, creamy texture, and that froth on top makes you want to get a spoon and savor every bit.

I’ve changed or specified some brands of liquor and amaro.

Combine all the ingredients into a cocktail shaker and dry shake, then add ice, shake, and strain into ice-filled Collins glass, garnish with whole strawberry.

This recipe was most liked by most of the partipants, although yours truly, ever the critic, found the cocktail disappointing, especially with all the work it takes.  I think that a bit more simple syrup would have helped, as would have fresh-squeezed grapefruit juice (but talk about work!); experimenting with the mezcal selection would be interesting, too, and more egg, too, to make this a creamier and more foamy drink, I think. But the amount of prep makes it unlikely I’ll be experimenting more, and, certainly, makes this cocktail prohibitively bothersome for regular bar service.

A Fizz cocktail is a variation on a classic sour, with added club soda (a.k.a. carbonated water).  The history of the Fizz cocktail is inexact, but it was first mentioned in the 1887 edition of Jerry Thomas’ Bartender’s Guide. The Fizz—especially in New Orleans—was a refreshing alternative to standard cocktails of the day and saw its heyday in the early 20th Century, but remains popular in some forms, such as Tom Collins, as well as the less-often-served Gin Fizz and its even fancier variant, Ramos Gin Fizz.

A classic fizz is the Sloe Gin Fizz, which uses the most English of spirits (yes, Gin) that is infused with Sloe berry that grows wild in the UK countryside. Sloe Gin is very different from standard Gin; in addition to fruit flavor, a decently made good Sloe Gin will have a nut-like flavor aspect and is typically at lower proof than most Gins.

And as with many fizzes, the addition of egg white elevates the drink’s taste, mouthfeel, and appearance.

This was good, although more egg white would make the foam more dramatic and an ounce of a good London Dry or Old Tom Gin would make it more boozy, offset by a bigger glass that can handle a couple more splashes of club soda.  The general sense of this drink among the participants was that it was surprisingly refreshing, which was a surprise mainly because they were still working through their preconceptions about egg white use in cocktails.