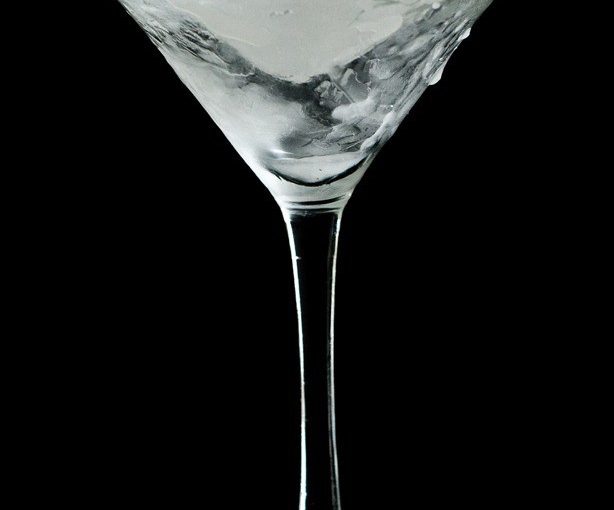 So many have fallen in the great craft cocktail wars due to this one simple task: making the cocktail cold.

I was at a very nice hotel bar in Cambridge, Massachusetts some months ago.  The place had an interesting cocktail menu (although, upon my deeper exploration, I found a number of questionable ingredient and ratio choices, but that is not the subject of this post).  The place had been redesigned and renovated to near-perfection.

I had great hopes.

I had a Manhattan.

I got all shook up.

Far too many bartenders love to shake their cocktails, and apparently for so many it makes little difference whether the cocktail might be bettered stirred. A Manhattan is better stirred, for instance.

My Manhattan from this swanky cool bar was a mess of froth and bubbles and ice chips.

Even worse, my Manhattan wasn’t all that cold. Yes, it felt like my very life was falling apart, but I did survive.

A Word about Ice

Did you know that Edward Tudor, a New Englander, is credited with inventing the commercial ice industry, in 1806, when he thought to ship harvested natural ice from New England down to the swanks in Martinique, and by “swanks” I’m talking about those oppressive overlords from Europe who were sitting on top of the world because of their sugar plantations, which required them to stand on the necks of slaves, and so I guess they really needed ice for their refreshing rum beverages.  Cocktails, like most any subject looked at deeply enough, involves awful acts, just as much of the history of our own country connects to slavery.  But enough about man’s dark side, and back to Mr. Tudor.

He stayed in the ice business for decades, and the ice business grew and grew, and America was even exporting the stuff to Europe, until both the Norwegians and new ice-making technology put an end to that. Ice was a revolution for many things—including the expansion nation-wide of California produce agriculture, for those willing to risk a spoiler alert involving East of Eden.  Tudor himself was part of the ice industry long enough for him to see the rise of ice consumption in drinks, and since today’s concept of cocktail is tied to the growth of the ice industry, one is well within his or her rights to raise a glass to Mr. Tudor, unless you don’t like monopolists, which Tudor wasn’t, eventually, when competitors broke into the ice market around the fourth decade of the Nineteenth Century.

By the way, Tudor expanded his ice trade all the way to India, by 1834.

Also, did you know that there were four major “ice famines” in the States in the Nineteenth Century?

First, a clarification about stir and shake, and, yes, I’ll mention Bond, James Bond. Yes, Ian Fleming had his character request that his Martini be “Shaken, not stirred,” and I don’t have a problem with that.  There are even reasons for shaking a Martini, although the overwhelming reason is to follow the request of the guest.

An old friend of mine likes his vodka Martini vigorously shaken; he enjoys the floating bits of ice fragments, along with a surprising variety of variously-stuffed olives.

I have not forsaken this friendship.

In fact, I kind of like a Hendricks Gibson, dry, shaken, up, and if you have some fresh cucumber around, I’d break up a few slices, drop them in, and shake the bejeezus out of it before straining, serving up, with those cute cocktail onions on a stick.

Some rules are meant to be broken, I guess, but only broken by guest preference, not willy-nilly bartender’s choice.

But here’s a rule that should not be broken: “Thou Shall Serve Thy Cocktail Cold.”

Unfortunately, this rule is broken enough times that there are guests who feel they must point out that they want their Martini (the usual target) “Cold!”

While such direction from the guest may indicate that he or she doesn’t go to bars that often, it more likely reflects that he or she has gone to too many bars incompetently chilling the cocktail.

There are a few basic missteps that can result in such failure, but the main one is using too little ice, which should be surprising, since the vast majority of bars have plenty of ice on hand, and the basic substance is, shall we say, inexpensive.

More ice put into the shaker means faster cooling, which means less bruising, which means a better cocktail.  There are such factors as the type of ice: “bar ice” is usually small pieces made by a standard food services ice machine and which works very fast to cool, given sufficient volume; big ice cubes require different handling, although this type of ice—any type of ice—follows the guide of quicker cooling with more ice.  Other considerations exist, such as speed of stir or shake, with faster being colder more quickly.  Another is the temperature of the ingredients, where, for example, an outside bar set-up on a hot July day may have warmer booze or mixers to begin with. Probably issues such as humidity and barometric pressure are factors, along with how many feet above sea level the bar may be, but I’m not Mr. Science.

What I am is annoyed by the chilling habits of far too many bartenders.

There are those who count stirs or shakes, for example, which drives me batty because a) if you are busy, getting the right count and rhythm

is likely to be wrong and b) the number of stirs of shakes is far less important than the volume of ice, and stirring 12 times with a partial scoop of ice is going to produce a warmer and more diluted drink compared to using a scoop and a half of ice.  The other problem with using stir or shake counts is that there is no direct feedback about the chill.

And there are those who use a god-damned insulated shaker, which, I’ll confess, makes me barking crazy.

The best way to know if your cocktail stirring or shaking is cold is—wait for it—to feel it.  I’m not suggesting that you stick your finger into the shaker, of course.  Because the basic Boston shaker common to bars is stainless steel, and thin, the conductive properties of the shaker convey the actual (as in, hands-on) temperature of the content of the shaker.  Or, as I like to say to trainees, stir (or shake) “until cellular damage begins to occur.” If the shaker is getting so cold that it is becoming uncomfortable to hold in your hand, the content of the shaker is plenty cold.

4 Comments on “Whole Lot of Shaking Going On, But Cold is the Thing”